Singapore’s currency is leveraging the nation’s large pool of fiscal reserves. After the government revealed another stimulus package, the pandemic-driven losses were waived off as the Singapore dollar witnessed the highest level in six months. This package was financed by unused expenditures allowed in the earlier budgets.

Earlier, there was pressure on Singapore’s Monetary authority to lower the currency band for inflation management. This pressure is being eradicated with the total pandemic aid over USD73 billion, and there could be more gains to come in the near future. This fiscal buffer of Singapore differs distinctly compared to the current situation of many other developed countries, relying on increased debt and rate cuts to funding stimulus, by the central banks.

The Monetary Authority of Singapore (MAS, the central bank of Singapore) has taken an unrivaled action of lowering the midpoint of the currency band in March while reducing its slope to zero. The response of this action remained appropriate, said Edward Robinson, Deputy Managing Director of MAS.

The local dollar is strengthening beyond 1.36 in comparison with the greenback, Vishnu Varathan said. He added that the ability to utilize the surplus of previous years’ packages is a competitive advantage for the nation. Plus, his forecast regarding Singapore’s currency may be conservative as in the markets, there is a bearish impulse for USD. Varathan is the head of economics and strategy at Mizuho Bank Ltd., Singapore.

There is a projection of consumer prices falling 0.4% in July from the prices a year ago compared to a drop of 0.2% in June. On Wednesday, the industrial production numbers are expected to bring an estimated output to rebound 4.0% in July from a month earlier, still a low of 6.4% from a year earlier. 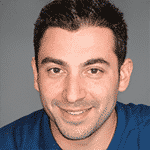