Ruble went into a freefall after the western countries imposed several sanctions, including freezing Russia’s assets. The condition is only expected to get worse as the Russia-Ukraine war continues.

As of now, the geopolitical tensions between the two countries have caused Russia’s fiat currency to ruble its place in the global currency market. Bitcoin has reportedly surpassed the ruble in terms of market capitalization.

The past 24 hours, or even seven days for that matter, have been crucial for the global currency market. Russia’s ruble remained at the center only to lose its place to Bitcoin.

Bitcoin was down to around $37,500 last week. It bounced back to exchange hands at the value of $44,175.04 at the time of press. The recent value is an increase of approximately 2.18% in 24 hours. The trading value of Bitcoin is estimated to touch $72,000 by the end of 2022. Click here to know more about the future price predictions of Bitcoin.

The bouncing back of Bitcoin served well for traders as it touched an overall market capital value of $838,750,177,503.

It has now come to the 14th spot of global currency while Russia’s ruble is down to the 17th position. Russia’s ruble lost its global ranking after registering a drop of 30% in the value, which now comes to less than 1 US cent.

When converted, 1 Russian ruble comes to $0.010 or ₹0.76. The loss in Russia’s ruble follows the sanctions imposed by the United Kingdom, the United States of America, the European Union, and France, to name a few western countries.

The western countries have also blocked Russian banks from the SWIFT payment system through one of their restrictions.

While the fall of Russia’s ruble has obvious reasons, the rise of Bitcoin has some interesting factors that are said to have attributed to its bounce in the market. One such factor is Russians purchasing Bitcoin to move their money out of the country.

Sathvik Vishwanath, a Co-Founder of Unocoin, told the press that Bitcoin was initially created to act as a store of value while facilitating fast and free transactions. The current usage of Bitcoin By Russians has made both these utilities more visible.

He added that the Ukrainian Government adding Bitcoin in donations was also a good way of using Cryptocurrency during such a crisis. Accepting donations in Cryptocurrency has enabled people to contribute to the well-being of Ukrainians anonymously.

Mark Mobius, a veteran investor & the Founding Partner of Mobius Capital, also issued a statement to the press saying that he would be a buyer only if he was Russian. He added that Bitcoin has now shown strength as Russians are using Bitcoin to get their wealth out.

Meanwhile, the trading volume of Bitcoin using rubles has increased tremendously. It has surged to a level that was last seen in May. 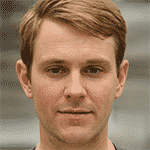 Richard Hemingway is an Finance Analyst. He has been contributing his experience in reading the content, reviewing it and also providing the latest updates on crypto markets.